WhatsApp has updated the Status feature so that users can post text updates to their friends. 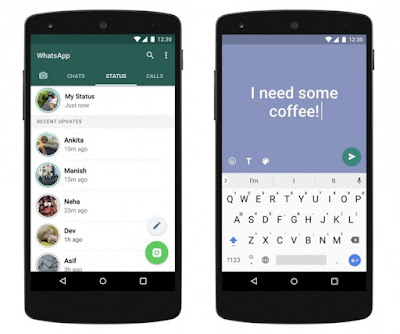 Instead of uploading a photo or video as your status, you can simply type or paste in the URL. In addition, users will be able to customize the font color of the message and the background below it.

Initially, WhatsApp allowed writing a text status that was visible only next to their names in the contact list. After Facebook found a bug in Snapchat Story, the company updated the WhatsApp status feature so that users can post text statuses as before, but in a different way.As with previous versions of the Status feature, you can choose who sees your text and also knows that they have read your message.