At present, the design of external headphone and microphone jacks of notebook computers are mostly combined, and there is only one jack.

Therefore, when you need to use it externally, you must pay attention to the plug style used, so that it can be correctly connected and used.

When connecting an external earphone, use an ordinary earphone. The plug is a 3-segment (ring) type, and you can hear the music by plugging it in. 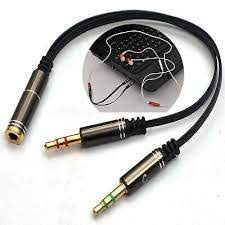 However, if you want to connect an external microphone, because of the structure of the jack, there will be no response after a normal microphone (the plug is a 3-ring type, as shown in the picture above) is inserted.

It is necessary to use a plug with a headset and a microphone (the plug is a 4-ring type, as shown in the figure below) to record. 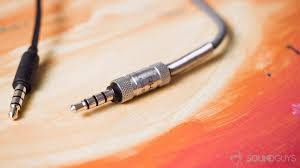 The solution is to buy a headset set with a headset and microphone plug (the plug is a 4-ring type, as shown in the picture above).

Or buy an external USB sound card as shown below.

On the right is the simple type less than one hundred yuan.

The left side is more advanced, you can control the mute, adjust the sound size and turn off the microphone on the sound card. 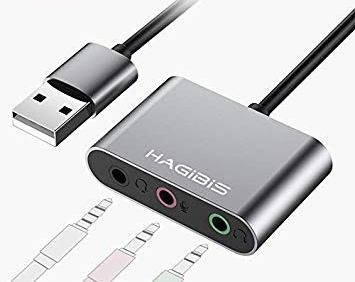 Generally, the system above win7 can be plug and play, just like the traditional one, the headset and the microphone are separated. 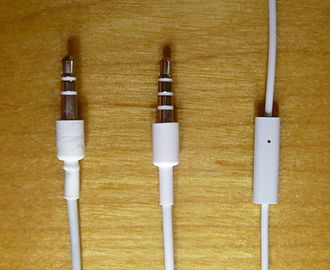 The following article is more clear: 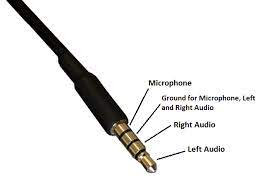 The design is to allow the headset of the mobile phone to work with only one plug, but still maintain compatibility with traditional headsets. If we insert a TRS earphone into the 3.5 mm hole of the mobile phone, according to the above figure, we can see that the contacts corresponding to the microphone and GND will correspond to the GND of the general earphone; in other words, when we insert the general earphone When the microphone is connected to the ground, there is no signal input.