Contrary to the opinion of some users, not all smartphone owners understand anything about the Android operating system. They often don’t even know basic things. If you also feel like such a “teapot”, then our material was written just for you! Today’s article will discuss how to create a folder on Android. This allows you to group multiple applications at once, making it easier to navigate your desktops.

WHEN IS IT REQUIRED?

Of course, not everyone needs to create folders. If you only install something on your smartphone from time to time, then you can easily do without folders. Their creation is necessary if your device has a very large number of applications that you regularly use. You can combine shortcuts by program type. For example, one folder will contain games, while the other will consist of antivirus and various system utilities.

We must not forget that smartphones, which have nothing in addition to desktops, have become increasingly widespread recently. That is, such devices do not have a separate menu containing shortcuts for all applications. Now imagine a situation when seven or eight dozen programs and games are installed on such a device. All their shortcuts will be located on desktops. Without the folder function, this would greatly complicate navigation – sometimes you would have to search for the desired application for several tens of seconds or even more! Fortunately, creating a folder on your desktop is easy.

Step 1. Decide in advance which two applications you want to combine into one folder.

Step 2. Hold your finger on the shortcut of the first program. 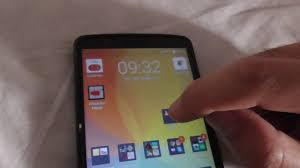 Step 3. Now drag this shortcut over the shortcut of the second application until a black circle or some other symbol for creating a folder appears.

Step 4. Release your finger. In most cases, the system then prompts you to give the folder a name. Sometimes it does without it – then you can assign a name at any other moment.

Step 5. Later, you can add other applications to the folder. To do this, simply drag the program icon onto the folder image.

Please note: recently, many manufacturers allow you to create folders not only on the desktop, but also in the menu. In particular, this is possible on devices from Samsung and some other companies.

On more modern Android devices, you can create a folder in another way. To do this, just make a long press on a free area on the screen, mark the required applications, and then select the “Group” button to combine them in a new folder. It can be renamed later.

It should be noted that this feature did not appear in the Android operating system immediately. If your device is very old, then it may not be able to create folders. For example, there is no such feature in Android 1.6 and even some subsequent versions of the operating system.
Hope the above article is informative. To get more tutorials like this please visit us on our official web page.