This question is asked by many users. Now we will talk in detail about this option and tell you how to use it. But first, some general information.

The “Wave” option exists in the messenger so that you can attract the attention of another user without adding him as a friend and sending a message. If the opponent wants to answer, he will write to you himself.

This is very convenient, since you can easily get to know other people. It should be noted that the function in the messenger appeared recently. And in the full version of the social network it is not. Only analogue in the form of the “Wink” option.

This thing is very easy to use. But before that, you need to learn a few facts. Firstly, if you sent the “Wave” gesture to a user, you cannot undo it. So you need to be very careful in choosing the recipient. 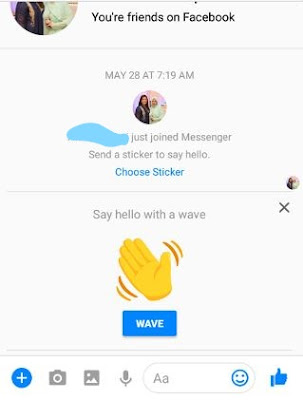 Secondly, you can use this function only in the mobile application. It is still not available for the desktop version. Third, you can only wave once. And only if you have not communicated with a person before.

Such restrictions were introduced by the Facebook administration. True, it is not entirely clear what this is connected with. And yet, you have to follow these rules. Otherwise, nothing will work. After all, the function is still new. Perhaps in the future it will be “finished”.

It is worth noting that earlier the “Wave” button was located in such a place that users constantly accidentally clicked on it. But the developers took into account the wishes of users and moved it. Now phantom clicks do not threaten.

We use the function

How to wave to a user on Facebook Messenger? This is what will be discussed now. To do this, we need a smartphone with an installed messenger on board and some free time. You can’t do without it:

1. In the main window, look for the search string and enter the name of the user of interest. 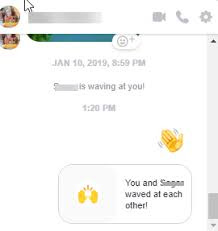 2. Then we tap on the desired option. 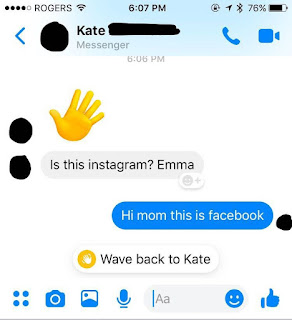 3. A chat with this user will open. And right above the line for entering text there will be a “Wave” button. Click on it. 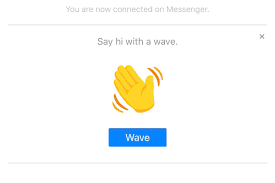 That’s all. The opponent will immediately receive a message that he was waved. As you can see, the process is really not very complicated. But there is a chance that you will be noticed. After sending such a gesture, you can start communicating.
Hope you like the tutorial, For more technical updates please visit on.